Biden Is Stuck in a Bind of His Own Making

Having promised and failed to ‘shut down the virus, not the country,’ he’s now claiming extraordinary powers that aren’t rightfully his.

President Biden has trapped himself. Last year, deep into his campaign, Biden issued his own “I alone can fix it” edict, promising the American public that, unlike Donald Trump, as president he would “shut down the virus, not the country.” We are now seven months into Biden’s tenure, and the virus remains decidedly un-shut down. What to do?

By vowing not to shut down “the country,” Biden was not suggesting that President Trump had been too strongly in favor of lockdowns or intrusive measures, but that Trump had been incompetent. It was, Biden said, Trump’s core “ineptitude” that had “caused the country to have to shut down.”

This wasn’t true, of course. Yes, Donald Trump was, in many ways, inept. And yes, Donald Trump did, indeed, say some utterly absurd things: “Supposing,” he mused at one press conference, in a rambling sequence that would have been too much for even Charles Baudelaire, “we hit the body with a tremendous — whether it’s ultraviolet or just very powerful light . . . supposing you brought the light inside the body . . . and then I see the disinfectant, where it knocks it out in a minute. One minute. And is there a way we can do something like that, by injection inside or almost a cleaning?” But, in the grand scheme of things, none of this mattered a great deal. There was just one meaningful thing that Trump was permitted to do as president — overseeing the creation, funding, and dissemination of a vaccine — and, happily, that turned out to be the one thing he was actually good at. The rest was sound and fury and politics, signifying nothing.

Joe Biden presumably knew this, but figured that it wouldn’t matter much in the end. Indeed, like many others in October of last year, Biden assumed that, should he win, his role in the drama would be to watch COVID-19 slide swiftly down the exit ramp and to take public credit for ending the pandemic. But a funny thing happened on the way to paradise: The virus refused to play ball. Despite the election of a supposedly “competent president”; despite the announcement that our national nightmare would be over by July 4; despite nearly three-quarters of eligible Americans’ having had at least one shot of a vaccine . . . we are still living with COVID-19. And Americans have noticed. Polling conducted between September 4 and September 7 by The Economist and YouGov shows that President Biden’s approval rating is down to 39 percent, and that only 42 percent of Americans approve of the one thing Biden used to have going for him in such surveys: the way he “is handling COVID-19.”

This has left the president with two diametrically opposed choices: He can admit that, with the exception of providing resources and pep talks, there is not much that any president can do to stem the flow of COVID-19; or, in a desperate attempt to seem as if he’s in control, he can start talking like a monarch and issuing illegal executive orders in the hope that voters will conclude that he’s in charge.

Yesterday afternoon, Biden chose the latter. At a press conference in which he channeled his inner Donald Trump, he went back on his administration’s prior insistence that issuing vaccine mandates is “not the role of the federal government” but “the role that institutions, private-sector entities, and others may take,” and submitted that, “If these governors won’t help, I will use my powers as president and get them out of the way.” (Apparently, this comes from the “If Congress won’t act, the president can” clause of the U.S. Constitution.) His “patience,” he said, was “running thin.” And so, he announced, he would sign a pair of executive orders: a legal one requiring that all federal employees and federal contractors be vaccinated against COVID-19, and an illegal one demanding that all business with 100 or more employees either mandate that their workers be vaccinated or test said workers on a weekly basis.

Back in April of last year, when President Trump found himself in a roughly similar polling situation, he said, “When somebody is the president of the United States, the authority is total. And that’s the way it’s got to be. It’s total.” In an opinion piece for NBC News, Charlie Sykes rightly condemned the “striking” assertion that the president “had the absolute presidential power to override the nation’s governors,” gesturing at the Tenth Amendment and The Federalist Papers and Andrew Cuomo, who said, “We don’t have a king in this country. We didn’t want a king, so we have a Constitution and we elect a president. . . . All other powers remain to the states.” “Democracy,” Skyes concluded, “rests on norms that are more fragile than we had imagined,” which is why it’s vital that we preserve our system against presidential attempts to claim “total authority and zero responsibility.”

Meet the new boss, same as the old. 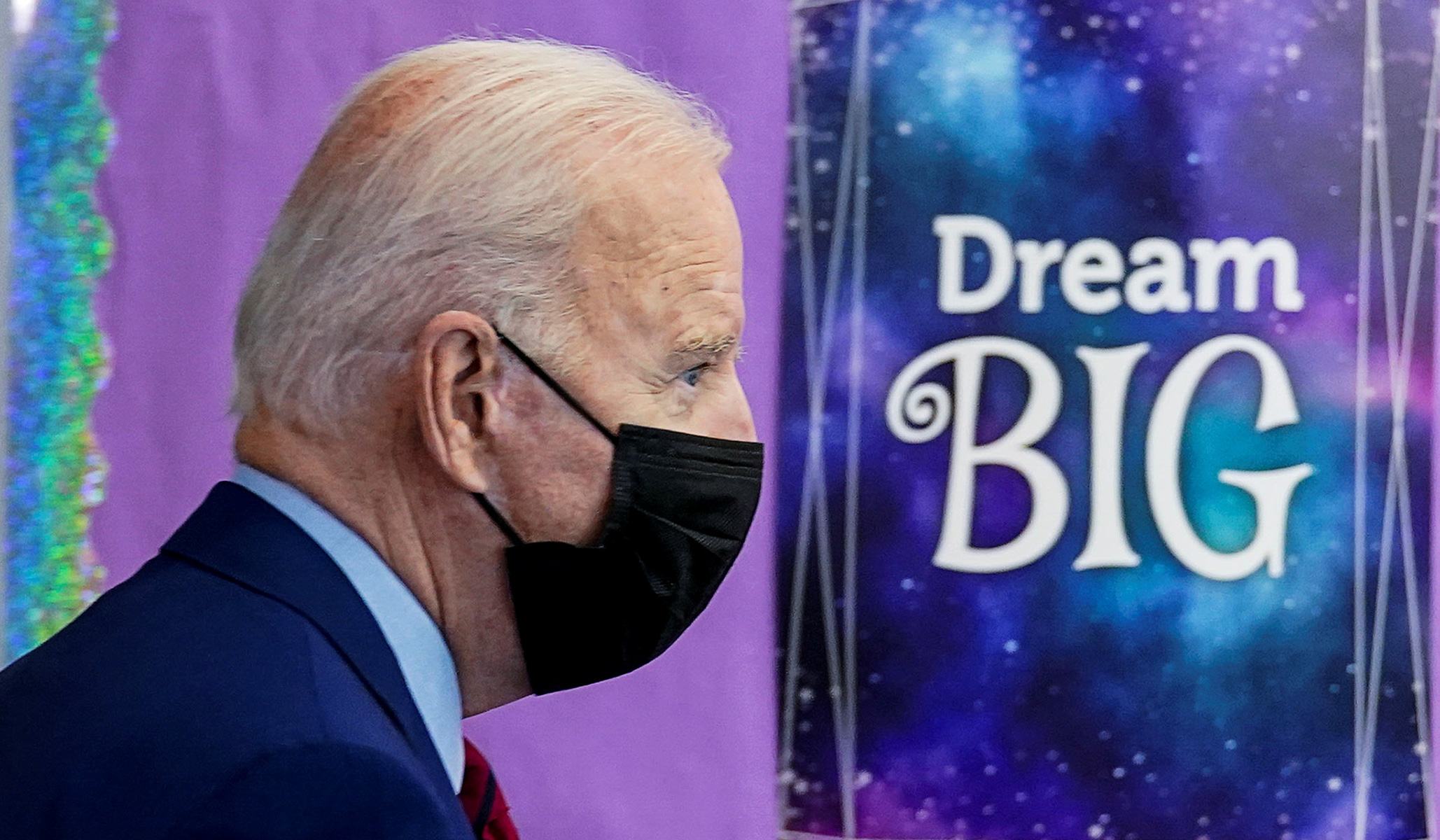 Having promised and failed to ‘shut down the virus, not the country,’ he’s now claiming extraordinary powers that aren’t rightfully his.

Joey Bidet doesn’t even know what day it is, so it’s doubtful he has any concept about anything else.

“I alone can fix it” edict, promising the American public that, unlike Donald Trump, as president he would “shut down the virus,