Presidential candidate Bernie Sanders—a self-avowed socialist—is quickly rising in the polls, and millennia’s are largely driving his support. The definition of socialism is government ownership of the means of production—in other words, true socialism requires that government run the businesses. Yet about 60% of millennia’s are in favor of socialism in several polls.

With socialism individual liberties decrease until the government has total control over it’s citizens . Under socialism, people live under the arbitrary power of unlimited government

What happened to socialist Venezuela ? Today Venezuela’s inflation is a whopping 10,000,000 percent ! The WORST case of hyperinflation in modern history . Will the liberal socialist in 2020 deal us the same outcome ?

Equality of outcomes without personal effort is the leftists’ mantra. It’s easier to be a victim than to work hard.

These charts give context on today's crisis in Venezuela from a historical perspective, showing how the country fell from being one of the world's richest.

By 1982, Venezuela was still the richest major economy in Latin America. The country used its vast oil wealth to pay for social programs, including health care, education, transport, and food subsidies. Workers in Venezuela were among the highest paid in the region. 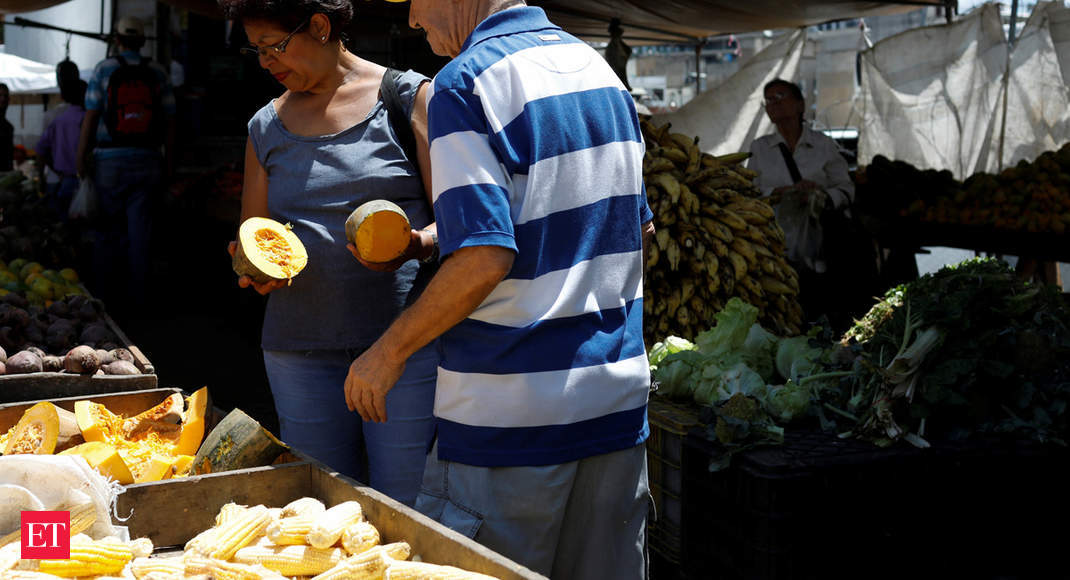 IMF sees Venezuela inflation at 10 million per cent in 2019

Venezuela's economy has steadily deteriorated since the crash of oil prices in 2014 left it unable to sustain a socialist system of subsidies and price controls.

What is socialism?
It’s euphemism for communism, based on the ideas of a satanist ■■■ Karl Marx.
America has had socialist (read Marxist) Presidents: FDR (33rd degree Mason), Clinton, and Obama who are still heroes for some.

Sanders is a communist who honeymooned in Moscow, still in the Soviet era. Go figure.

Sanders is a communist who

Is a millionaire and owns 3 mansions who gives less than 1% of his income to charity .

People who are willing to exchange their freedom and by proxy mine for government freebies IMO do not reflect the spirit of America.

That includes bailouts for student loans which seem to be a hot topic.

Many of the problems that we face today are a direct result of liberal (leftist) policies that have eroded our foundation over many decades .

From open borders and illegals suppressing wages, wanting to tax corporations at a rate it makes it more profitable to move their operations overseas so it is more profitable to safety nets (welfare) for those who should not be eligible.

The student loan debt is just another example of government creating a mess where it doesn’t belong.

Now, they want to take over our healthcare when they are clearly incapable of doing so. Concierge doctors have it right. I’d imagine something on the horizon like Concierge hospitals that take no Federal funding and can operate on their own terms should the government take over healthcare.

The list goes on and on and it can be traced right back to giving freedom bit by bit away to the government. The boiling frog.

Is a millionaire and owns 3 mansions who gives less than 1% of his income to charity .

Erp. Okay. You’ve just defined minimum wage standards. Businesses will increase prices to compensate for it and $15.00 an hour will be the new $8.00 an hour.

Nothing is ever free , someone has to pay . Similarly the government can’t grant special status to a group without infringing on their rights .

The only thing that any of the Dems have to offer is a catastrophic economic depression never seen before.
The worst part is how the education system has brainwashed and indoctrinated their supporters.

When faced with working 50 years and being taxed to death or get everything free, free , free , with zero responsibility those with the least moral fiber choose the latter .