As the Fed begins to lay out its plans for easing asset purchases, interest rate hikes may soon become the next item on the docket

Will the resulting recession be Trumps fault?

In its meeting this week, the Federal Open Market Committee (FOMC) emphasized that the economy remains on pace for recovery. Federal Reserve Chairman Jerome Powell observed during his press conference that job gains have averaged 750,000 per month during the last three months, as the unemployment rate declined to 5.2% in August. Although recent upticks in COVID-19 cases have slowed the gains in specific sectors, such as leisure and hospitality, labor market conditions have continued to improve. Powell also highlighted that real GDP grew at a rate of 6.4% for the first half of 2021, and the Fed expects that this growth will continue at a strong pace for the remainder of the year.

In response to these conditions, the FOMC announced that it would hold the target range for the federal funds rate between 0 and 0.25% while further increasing its Treasury and mortgage-backed securities holdings to the tune of $80 billion and $40 billion a month, respectively. The Fed also kept the interest rate paid on reserve balances and the overnight reverse repo rate unchanged at 0.15 and 0.05 percent to further support money market function, and to provide necessary, accommodative financial condition for households and businesses in a still-uncertain time.

Here’s what we can piece together about what comes next:

Notably, the Fed made one important tweak to the language on its future asset purchases. In December of last year, the committee stated that they would continue to increase their securities holdings “until further progress has been made toward its maximum employment and price stability goals.” In the statement released on Wednesday, the FOMC determined that since that announcement, “the economy has made progress toward these goals,” and that “If progress continues broadly as expected, the Committee judges that a moderation in the pace of asset purchases may soon be warranted.”

Tapering or scaling back the Fed’s asset purchases is an important step toward easing off of its efforts to bolster the economy during this pandemic-induced downturn. During his press conference, Powell reiterated the committee’s views, signaling that the asset unwinding could start before the end of this year as the Fed aims to complete the process by mid-2022 at the earliest. The chairman further clarified that the central bank’s test for beginning the taper hinges on achieving its goals regarding maximum employment and inflation.

On the employment front, Powell noted that since last December, more than half of the employment gap created by the pandemic has been closed. He added that many of the committee members believe this gap has been sufficiently bridged, signaling that some see the labor market goals as having been met.

The FOMC’s inflation goals may also tell a similar story. Under the Fed’s new average inflation targeting framework, it has remained committed to achieving a rate of inflation that moderately exceeds its overall 2 percent target, making up for pre-pandemic shortfalls. According to the newly released Summary of Economic Projections (SEP), the committee has revised up their inflation projections for 2021, with the median estimate of PCE inflation having jumped to 4.2 percent by year’s end, compared to their projection of 3.4 percent back in June. Using both metrics, Powell stated that substantial progress has been likely achieved toward the inflation and employment goals, and that the FOMC will make its ultimate decision on tapering by either the November or December meetings. 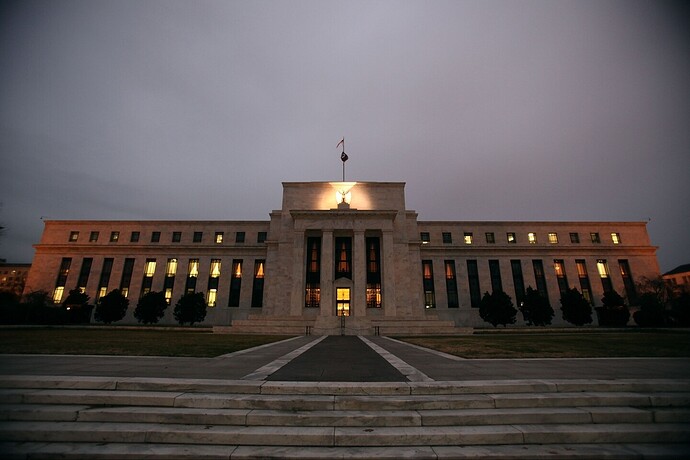 In its meeting this week, the Federal Open Market Committee (FOMC) emphasized that the economy remains on pace for recovery. Federal Reserve Chairman Jerome Powell observed during his press conference that job gains have averaged 750,000 per month...

Dems perfected the formula - The recession of the early 80s was partially caused on purpose. The reason interest rates were high was because inflation was very high (15% at times). To fight this, they kept raising rates until inflation was kept at bay.

They are going to crash the economy. Everything is already expensive as hell. Inflation is just another way to stick it to us.

They need to make the majority permanent wage slaves who are forced to vax.

And what’s that based upon Tonto….
The economy is singing, unemployment is back to normal, biggest market games on record, even lumber prices are back down…

Imagine if trump hadn’t rushed that vax out….

The Consumer Price Index (CPI) rose 5.2% on a year-over-year basis, while prices excluding food and energy (core CPI) rose 4.0%, lower than the prior two months. On a monthly basis, CPI and core CPI recorded their slowest pace of growth in 7 and 6 months, respectively, and were below consensus expectations.

They need to make the majority permanent wage slaves

Been like that for well over a century now….