April 30th, 2020 Canada is proving how bad “Medicare for All” would be

Nothing like a global pandemic, after all, to demonstrate the glaring downside to the leftist obsession with mass transit, high-speed rail, and reduction of individualized forms of travel like cars, trucks, and SUVs.

But beyond that, consider that during the 2020 Democratic presidential primary, candidates were scurrying to the left on issues like healthcare. Even in recent weeks, with the contest being all but decided, the Los Angeles Times could be found running editorials for America’s crazy socialist uncle, Bernie Sanders.

One in particular noted how the global coronavirus pandemic demonstrated the supposed wisdom of Bernie’s “Medicare for All” talking point. Incidentally, I refer to it as a talking point rather than a policy suggestion because Bernie has never actually detailed any policy, never explained how the system would work, and certainly never broached the topic of how it would be financed. In fact, for as long as he’s been talking about it, all he’s managed to do is throw out platitudes and promises. Who does he think he is, Barack Obama?

Frankly, I’ve never understood the political strategy behind calling this program “Medicare for All” given the recent trend of hospitals declining to service Medicare patients – not because those medical centers are evil, but because they simply can’t afford to do it.

Typically, when a medical service is provided, the hospital negotiates with insurance companies to settle on a price. With government-run Medicare however, there is no negotiation – the government merely tells the facility what they will be receiving. Consequently, it doesn’t take long for doctors and medical professionals to realize that they will not recoup their money from services rendered on Medicare patients, and thus they are forced to decline to treat them.

Extrapolating such a system outward to encompass every living American is not just foolishness, it’s a perfect prescription for imploding our healthcare system entirely. But one need not turn to hypothetical modeling to gauge how effectively “Medicare for All” would have performed for us during our current health crisis. Simply look north and see how Canada’s is working for them.

Even with a drastically smaller population, Canada’s government-run healthcare system is failing its citizens spectacularly. While the LA Times fancifully imagined that a U.S. Medicare for All program would have prevented the federal government from having to send emergency aid to hospitals and overrun state health facilities, that is not the evidence we find in Canada.

As early as March 20, Reuters news service quoted the chief of staff of one of Ontario’s newest hospitals as saying, “You’ve got people in broom closets and auditoriums and conference rooms across the country.”

Even in normal times, the average wait in Canada from referral to treatment by a specialist is 20 weeks, compared to less than four weeks in the U.S. Long before COVID-19, an estimated 1 million Canadians languished on waiting lists, waiting in pain or flying abroad for faster treatment.

Canadians long have faced shortages and lengthy waits for MRIs and ultrasounds while being forced to use outdated and cheaper drugs. Canadian emergency rooms have been packed for years, with four-hour waits running three times the U.S. level and four-hour waits standard in Quebec province.

It isn’t difficult to figure out why Canada is so desperate to “flatten the curve” and prevent rampant spread of the disease – their government health care system simply cannot withstand any significant influx of new patients. It’s already strained to the breaking point. It’s already failing sick people. It’s already desperately trying to ramp up a makeshift private system to help.

St. Onge classifies government-run healthcare systems this way: “shortages when you need care the most.” If you’re arguing for that to be inflicted upon the United States, particularly in the midst of a global pandemic, let’s at least be clear that compassion is not your motivating factor. 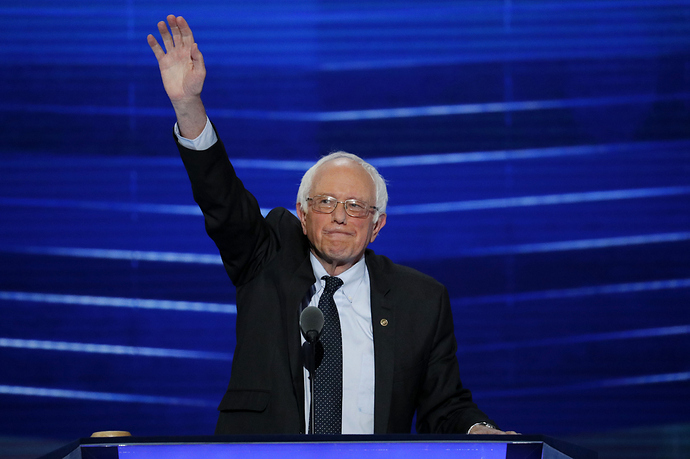 Once we are on the other side of coronavirus, there are a lot of things that hindsight will teach us, and from my vantage point I don’t think many of them will do much to add credibility to the progressive left’s vision for America. Nothing like a...