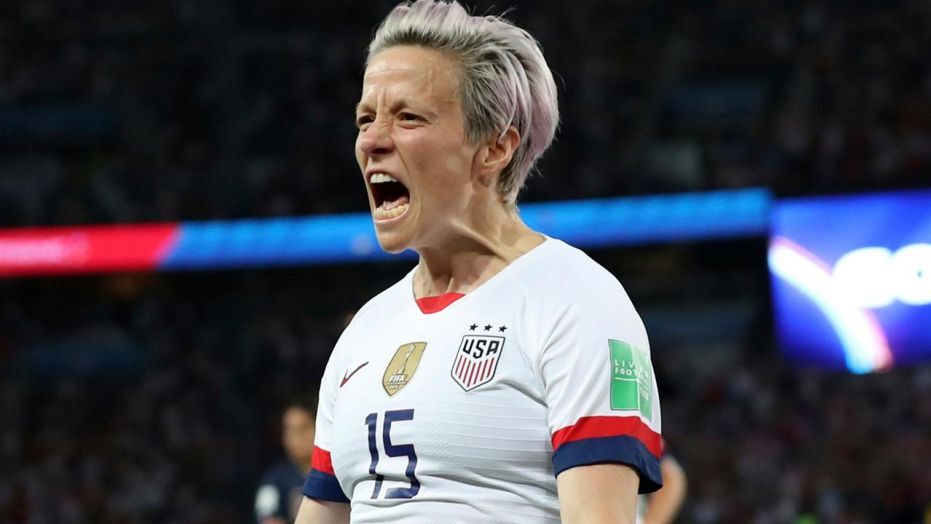 Angry lesbian hair want twice as much for being half as good. Mmmmmmmmmmm, nope.

Megan Rapinoe warmed up for the Women’s World Cup final by taking shots at FIFA on Saturday.

The American midfielder criticized world soccer’s governing body for not respecting female players as much as males because it awards women less prize money and scheduled two major men’s tournament finals on the same day as the women’s title match between the U.S. and the Netherlands.

The fact that she’s lesbian is irrelevant. She is right.

We pay assholes like Colin Kaepernick hundreds of millions of dollars for being a mediocre football jock. We pay a lot of NFL players similar amounts even though they are thugs in their off time.

The Women’s Soccer team has won the FIFA World Cup title 4 times now. The prize money should be much higher and at least close to parity with the men’s leagues.

The men’s team hasn’t performed as well and doesn’t pull the viewership ratings that the women’s do. So YES.

That should shut her up about “equality.”

Professional sport is a business. Serena Williams isn’t nearly as good as many male tennis players barely making it but she sells a hell of a lot better than them hence gets paid more. Maybe if Rapinoe stopped being an SJW and learned to be more marketable, she might make more money than being woke and going broke.

Don’t worry, I’m sure a team of trannies will soon dominate the ‘womens’ game, making it and Rapinoe moot. If they pull the viewers and endorsements, then absolutely they should enjoy the benefits. Soccer is still way behind football (muricin football, boy!) and so dreams of giant paydays are a ways off.

We pay assholes like Colin Kaepernick hundreds of millions of dollars for being a mediocre football jock.

No, companies like Nike pay Krapernick a lot of money so they can sucker urban dumbasses and millennial Subaru weenies to buy their grossly overpriced sneakers. You have to hand it to Krapernick - he’s XFL material at best, yet he found a way to make himself the new Rosa Parks to a generation whose social justice virtue signaling drowns out the inner voice that should be telling them they know nothing.

Fucking moron. Where does she think the money comes from? Thin air? It comes from money made selling tickets and advertising ffs. Since less people want to watch women’s football, less people buy tickets, and less people are watching when the advertisements run. Therefore there is less money going in. That money is then distributed as prize money.

Complaining about this is just dumb. It’s like the international basketball league (or whatever) crying that they don’t get as much in their tournaments as soccer prize money. This bint would completely understand the argument there; less viewers equals less payout. But the moment sex is mentioned, MUH SOGGY KNEES.

I’m starting to get to the point where I think every human being should get punched in the face at the age of 16 and told “YOU ARE NOT SPECIAL.” More seriously though, women need to be told from a young age that their vagina is not magical and not mystical, and that they are only worth as much as they put into life.

You want to know why women’s football gets fuck all prize money compared to the men’s football? Because you all look like you’re at the skill level of 15 year old males. Nobody wants to watch an international tournament of 15 year olds, they want to watch top athletes. You’re too slow on the pitch, you don’t take entertaining risks with the ball, you break your ankles over the minutest things. It is boring. And when the BBC spends a whole month promoting the shit out of it, all I can think is “ugh ffs again?”

Its the same for women basketball! Who is the target audience? Its a shit product and no matter how they try to virtue signal the populace into watching it, it is still crap and will only be able to attract a limited number as opposed to Mens basketball, neither of which I watch anyway!

It’s the same with women’s hockey now. Some top women’s players are planning on skipping next season unless the NHL helps subsidize them. Someone needs to tell them that it’s up to them to make it happen themselves. Society is not their boyfriend. They can’t just whine and nag until they get their way. They have to find a way to draw in the audience themselves. I mean hell, NHL players were getting paid jack shit up until the early 2000’s. Most players back in the 60’s and 70’s had to work jobs during the off-season just to make ends meet.

Even at this day and age, minor league baseball players get paid squat. What in the hell are these women smoking?

I stopped watching major sports…players are getting paid way too much for their lackthereof “quailty” on the field. Some players don’t even deserve the millions of dollars of salary pay they “think” they deserve. Some play only because they want “star status”. None don’t even have “role model” status. It’s quite pitiful to see these players today act as if they demand better pay - as if it is somehow “owed to them”. Moral of the story? Most players today don’t really care, period.

I remember back in the days when sports meant something. When I could go see a decent baseball game. Especially, when I grew up with players like Derek Jeter, Mickey Mantle, Yogi Berra, Rollie Fingers, Steve Garvey…and many more!
I remember back in the days, when sports was fun to watch and attend. Now it really sucks. I will watch a few games a week. But I stopped going to any major sports event. I refuse to give my money to these major sporting events that have lately become politicized. Even soccer now. Which is my favorite sport. I loved watching Edson Arantes do Nascimento, (aka Pele) when he played for Brazil.

The greatest irony in this sad display of anti-American, is they don’t even know or are aware of that they are destroying their own sport and cause when acts like this while abroad is detestable! I have no respect for anybody who does this to the American Flag! I hope this virtue signaling dike faces an extreme backlash for this! I am embarrassed that these stupid beotches would behave liked this! 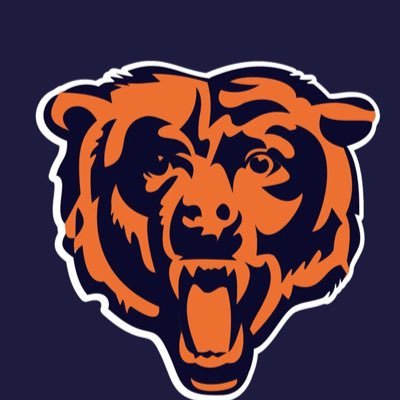 @ALLIE_LONG I understand the excitement of the moment, but please NEVER disrespect the 🇺🇸 flag by dropping it on the ground! https://t.co/OdPJqAP6r4
2 Likes
4xOldGuy July 8, 2019, 7:19am #15

People like her will eventually run out of supporters. Virtue signalers always run out of ammunition at some point. Because the people they say they stand beside, are really just PR stunts to help prop themselves up. Honestly, it’s like some bizarre game of Pokemon for them. They’re all in a rush to befriend the newest panderqueer-demi-dolphinkin-apache-attack-helicopter. Why? Not because they actually care about them, but because they can use the affiliation to fuel their own personal agendas. It’s honestly sickening.

True, but all of his endorsements were generated by his brief stint as a half-ass quarterback.

Almost any sissy ass male that considers his body to be female can excel in the female sports arena. We even have weight classes in boxing and wrestling to even the playing field when males compete with males…or females with females.

Gender is NOT A CHOICE! Either deal with what you get or shoot yourself!

I’m starting to get to the point where I think every human being should get punched in the face at the age of 16 and told “YOU ARE NOT SPECIAL.”