And the spending goes on. What ever happened to the party of fiscal restraint?

After FY2020 deficit spending went from $1 trillion to $3.7 trillion in the span of a few weeks, some Republicans have felt the need to signal their belief that maybe such a gargantuan increase in national indebtedness couldn’t go on like that much longer. Something needed to change. But that’s all we got: meaningless virtue signaling. Washington is the land of the bipartisan big spenders.

As a reminder, before this pandemic – and before the destructive reaction by government officials around the country – we experienced 10 straight years of economic growth, including in wage rates. That should have been the time not only to eliminate or reduce budget deficits but also to implement reforms aimed at ensuring fiscal prudence over the long run. Instead, however, Republicans and Democrats only further opened the government-spending faucet. Massive amounts of additional debt, a ‘gift’ to our grandchildren, were accumulated. And when spending caps got in the way of this spending spree, Congress simply got rid of the caps.

Democrats are a lost cause, obviously, since there is no spending they do not like. But at least, theyre are pretty honest about it. Of course, they describe their spending as a way to grow the economy and create jobs but at least they tell you that what they want is more spending and more debt. Republicans, however, pretend that they are the party of small government. Yet, nothing could be further from the truth. In fact, people should laugh hysterically if they ever tell you that they are concerned about the debt and future generations because they are similar to the Democrats.

In practice, Republican administrations and Republicans in Congress will give the Democrats all the spending on education, and all the other junk they Dems favor, as long as the Democrats agree to spend boat loads on the likes of the military, government spying, and immigration crackdowns. Both parties love farm subsidies and other corporate -welfare programs such as the Export-Import Bank. And both parties eagerly spend big on infrastructure. Neither party wants to privatize airports, the US postal service, or Amtrak, as they should be doing. And let’s not forget that both parties gave us the CARES Act and the two rounds of COVID-19 “relief” bills before it.

The bottom line is that nearly everyone in Congress is a big spender, and this reality isn’t going to change any time soon. Take for instance the recent news that Speaker of the House Nancy Pelosi has already announced that spending an additional $1 trillion on some extra stimulus is not going to cut it. In response to the Trump administration’s calls to limit the next coronavirus relief package to $1 trillion, she said at a news conference, “Oh, it can only be a trillion dollars … No, we need a trillion dollars for state and local. We need another trillion dollars for unemployment insurance and direct payments.” I like the “we need.”. As we know about what we need, the speaker’s starting point would be the Democrats’ proposal to spend $3 trillion on top of what Congress has already agreed in the past few weeks to spend.

Never mind that not all of the previous $2.2 trillion spending has yet been to be disbursed entirely. In that sense, the Administration’s starting -point “offer” of $1 trillion seems reasonable. Except that it’s not. Case in point: the Democrats want a second round of expansion of unemployment benefits all the way to March 2021, including a $600 weekly bonus in addition to regular state benefits, which has meant that 2/3rds of the recipients are actually making more income than when they were working! The Republicans protested by saying that it was irresponsible, as this much “relief” creates disincentives to work, which isn’t good when so many businesses are trying to survive.

So what do the White House officials now offer? They want an extension of unemployment benefits large enough so that people make only 100 percent of their previous wages while on leave. For evidence, I give you Secretary of the Treasury Steven Mnuchin quoted in an article at The Hill : “In a Thursday interview with CNBC, Mnuchin said that any extension of enhanced unemployment insurance would cap benefits at “no more than 100 percent” of what the recipient made before becoming unemployed.” What a joke. How does paying workers who stay at home exactly what they made when on the job incentivize them to return to work? I do not know, but I bet it involves a plan to compensate for the disincentive to work the administration plans to expand with money on some reemployment bonus or some bad ideas like that .

Of course, that’s only the beginning. After all, Mnuchin and Senate Majority Leader Mitch McConnell (R-KY) had a very good phone conversation about a second round of economic-impact payments to households, an extension of enhanced unemployment benefits, and an expansion of the terrible Paycheck Protection Program forgivable loans for small businesses with the promise that it would be more targeted this time around. This spending will be on top of the unemployment -benefit expansion.

It is maddening. With big spenders like the Republicans, you really do not need the Democrats. In fact, after the last four months, I am left wondering if we would have been better off, spending wise, if positions had been reversed and Democrats were in charge of the Senate and the White House. In that case, the Republicans would have had something that more closely resembled a backbone – something that would have prompted in them greater resistance to much of this spending.

Sadly, we live in this world. And in this world, members of Congress and the administration don’t care about the size of government, any more than they care about most of our other freedoms. 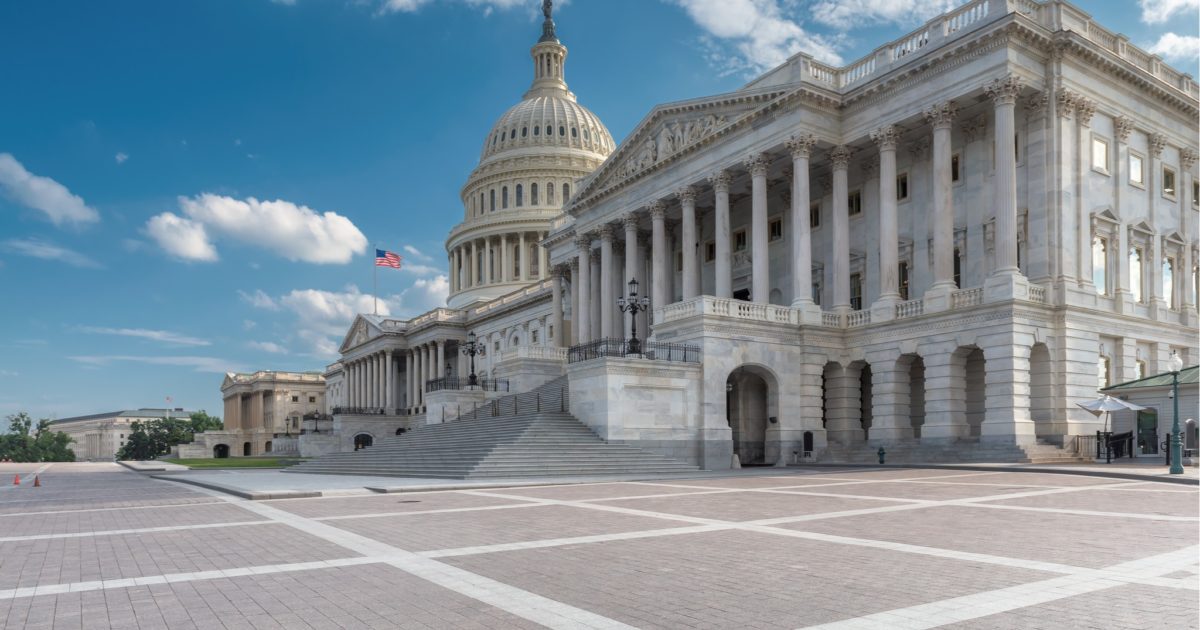 Brace Yourself for Bipartisan Spending Insanity

"Sadly, we live in this world. And in this world, members of Congress and the administration don’t care about the size of government, any more than they care about most of our other freedoms." ~ Veronique de Rugy