America is asking a question, hen will Biden The House and Senate do something for we the people

Covid 19 is still raging CNN Biden cries that people must be vaccinated Mandates this. WOW one of CNNs employees has Covid 19 and was Vaccinated John King, and now I am to fell sorry for him he makes $350,000 a year goods are in short supply in stores food Prescription Drums, Americans are struggling to pay their bills, food prices, buy meat its 25 % higher than last year gasoline Natural gas prices are 36 % higher in 2021 and Inflation a tax on everyone no matter thier income will be at 9 % next month and last at least through 2022. I turn on the news cabel TV CNN and they tell me its all ok and we should expect that to live in America. Then CNN tells me Biden and Democrats will force another 6 trillion dollars down Americans through with an infrastructure bill that cost to young people in the US means an additional $85,000 a year to pay the Federal Goverment for the next 90 years So what is The House President and Senate doing ya have to read this investigate a protest in Washington DC on 1/6/2021 that Biden and Kamala Harris organized to get Biden in the White house , READ this sick comedy that is taking all the time in Washington DC and tell me why you want to-live in the US January 6 committee approves Steve Bannon criminal contempt report, setting up key vote later this week
Dose this mean thwe Trump really won the 2020 election? 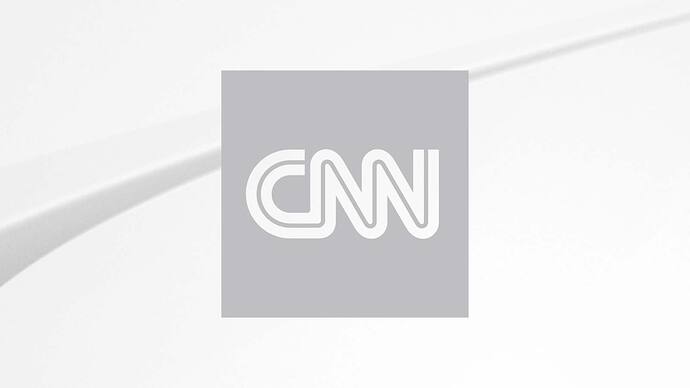 Congress is preparing a criminal contempt referral against Steve Bannon to the Department of Justice. The last time this happened was in the Reagan Administration.1600×900 17.6 KB

Congress is preparing a criminal contempt referral against Steve Bannon to the Department of Justice. The last time this happened was in the Reagan Administration. 04:01

(CNN)The House committee investigating the January 6 attack on the US Capitol formally approved holding Steve Bannon, one of former President Donald Trump’s closest allies, in contempt of Congress on Tuesday night, setting up a key House vote later this week.

House Majority Leader Steny Hoyer announced that the full House would vote on the criminal contempt report Thursday, and following passage in the chamber, it would then get referred to the Justice Department.

The criminal contempt report was approved and moves to the floor without any opposition from the committee members and marks a critical milestone in the investigation as the panel hopes even the remote threat of jail time inspires more Trump-aligned witnesses to cooperate.

On Tuesday night, members of the committee blasted Bannon for refusing to cooperate with the panel’s probe and said he is “isolated” in doing so as other witnesses are working with the panel.

Any individual who is found liable for contempt of Congress would be guilty of a crime that may result in a fine and between one and 12 months’ imprisonment. But this process is rarely invoked and rarely leads to jail time – though the House’s pursuit of criminal charges may be more about making an example out of Bannon and sending a message to other potential witnesses.

The contempt report, which was released Monday night, outlines the efforts the committee made to get a witness to comply with the subpoena, and the failure by the witness to do so.

‘The American people are entitled to Mr. Bannon’s first-hand testimony’

Thompson and Cheney said during the meeting that the panel believes Bannon has significant knowledge of the planning around the attack and reiterated that they expect the Department of Justice to prosecute once the House formally votes on a criminal referral.

“Based on the Committee’s investigation, it appears that Mr. Bannon had substantial advance knowledge of the plans for January 6th and likely had an important role in formulating those plans,” Thompson said in his opening remarks. “The American people are entitled to Mr. Bannon’s first-hand testimony about all these relevant facts, but Mr. Bannon is refusing to provide it.” 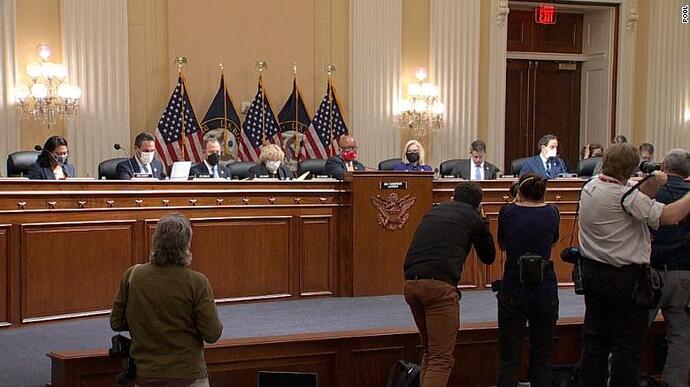 The members of the committee investigating the January 6 Capitol Hill riot are seen on Tuesday night.780×438 53.3 KB

The members of the committee investigating the January 6 Capitol Hill riot are seen on Tuesday night.

Cheney also blasted Bannon for refusing to cooperate and reiterated the committee’s view that his claim of executive privilege is not only invalid, but suggests Trump was “personally involved” in the planning and execution of the January 6 attack.

“Mr. Bannon’s and Mr. Trump’s privilege arguments do appear to reveal one thing, however: they suggest that President Trump was personally involved in the planning and execution of January 6th. And we will get to the bottom of that,” the Wyoming Republican said.

The DC US attorney’s office issued a statement on the Thursday vote, saying that the Justice Department will “evaluate the matter based on the facts and the law.”

“If the House of Representatives certifies a criminal contempt citation, the Department of Justice, as with all criminal referrals, will evaluate the matter based on the facts and the law, consistent with the Principles of Federal Prosecution,” said Bill Miller, a spokesman for the US Attorney’s Office for the District of Columbia.

Ahead of its business meeting Tuesday night, the committee released new correspondence detailing that Bannon’s lawyer wrote to the committee asking to delay Tuesday’s meeting in light of Trump filing his lawsuit against the National Archives.

“In light of this late filing, we respectfully request a one-week adjournment,” Bannon’s lawyer, Robert J. Costello, wrote on Monday.

Thompson, a Mississippi Democrat, subsequently denied the request to delay the committee’s business meeting to move forward with criminal contempt because he argued the litigation Costello is referring to “is immaterial to the Select Committee’s demand for documents and testimony from Mr. Bannon.”

As severe as a criminal contempt referral sounds, the House’s choice to use the Justice Department may be more of a warning shot than a solution. Holding Bannon in criminal contempt through a prosecution could take years, and historically, criminal contempt cases have been derailed by appeals and acquittals. 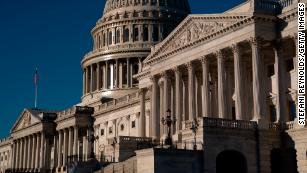 The committee sent a letter to Bannon on Friday rejecting his argument for failing to comply with its subpoena and dismissing his claim of executive privilege, particularly as it relates to his communications with individuals other than Trump, according to a copy obtained by CNN.

Bannon has previously argued that he is unable to cooperate with the committee until matters of executive privilege are resolved by the courts, but Friday’s response makes clear the panel believes his “willful refusal to comply with the Subpoena constitutes a violation of federal law.”

And even if the committee was “inclined to accept the unsupported premise” that executive privilege reaches communications between Bannon and Trump, the letter notes that Bannon “does not enjoy any form of absolute immunity from testifying or producing documents in response to a Congressional subpoena.”

CNN has reached out to Bannon’s attorney for comment. The letter was first reported by The Washington Post.

Costello also wrote to the committee on the night before Bannon was scheduled to appear for a private deposition, claiming the committee accusing his client of defiance was “inappropriate.”

Costello said that Bannon was not ignoring the committee’s request but was instead following Trump’s instruction in his efforts defend executive privilege. Costello also wrote that Bannon would not cooperate with the committee until an agreement was reached between the committee and Trump in regard to his privilege claims.

“Until such time as you reach an agreement with President Trump or receive a court ruling as to the extent, scope and applications of the executive privilege, in order to preserve the claim of executive and other privileges, Mr. Bannon will not be producing documents or testifying,” the letter read. 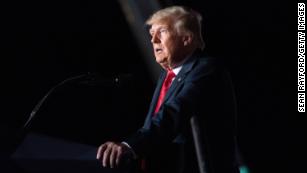 What is executive privilege? Does a former president still get it?

One day later, the committee officially announced its decision to move forward with criminal contempt for Bannon – an effort that begins with Tuesday’s business meeting and vote.

In a letter obtained by CNN on Monday, White House Deputy Counsel to the President, Jonathan Su, told Costello that the Biden administration will not support any attempt by Bannon to refuse to cooperate with the committee on the grounds of executive privilege.

Su informed Costello that Biden has determined that any of Bannon’s interactions with anyone in the White House, after he left the Trump administration, are fair game for the committee’s investigation.

“As you are aware, Mr Bannon’s tenure as a White House employee ended in 2017,” Su writes. “To the extent any privileges could apply to Mr Bannon his conversations with the former president or White House staff after the conclusion of his tenure, President Biden has already determined that an assertion of executive privilege is not in the public interest, and therefore is not justified with respect to certain subjects within the purview of the Select Committee.”

This story and headline have been updated with additional developments Tuesday.

CNN’s Melanie Zanona and Katelyn Polantz contributed to this report.

Can you please learn to spell and use your spell check before posting articles here?