# 55 People Died in US After Receiving COVID-19 Vaccines: Reporting System

Fifty-five people in the United States have died after receiving a COVID-19 vaccine, according to reports submitted to a federal system.

Deaths have occurred among people receiving both the Moderna and the Pfizer-BioNTech vaccines, according to the reports.

The reporting system, the Vaccine Adverse Event Reporting System (VAERS), is a federal database. The system is passive, meaning reports aren’t automatically collected and must be filed. VAERS reports can be filed by anyone, including health care providers, patients, or family members.

VAERS reports “often lack details and sometimes can have information that contains errors,” according to the reporting system’s website. Still, reports on VAERS represent “only a small fraction of actual adverse events,” the site states, though underreporting is believed to be less common for serious events.

In some cases, patients died within days of receiving a COVID-19 vaccine.

One man, a 66-year-old senior home resident in Colorado, was sleepy and stayed in bed a day after getting Moderna’s vaccine. Early the next morning, on Christmas Day, the resident “was observed in bed lying still, pale, eyes half open and foam coming from mouth and unresponsive,” the VAERS report states. “He was not breathing and with no pulse.”

In another case, a 93-year-old South Dakota man was injected with the Pfizer-BioNTech vaccine on Jan. 4 around 11 a.m. About two hours later, he said he was tired and couldn’t continue with the physical therapy he was doing any longer. He was taken back to his room, where he said his legs felt heavy. Soon after, he stopped breathing. A nurse declared a do-not-resuscitate order.

Moderna and Pfizer didn’t respond to requests for comment. Abigail Capobianco, a spokeswoman for the Food and Drug Administration (FDA), told The Epoch Times via email, “Any reports of death following the administration of vaccines are promptly and rigorously investigated jointly by FDA” and the Centers for Disease Control and Prevention (CDC).

Officials at the agencies work with health care providers to obtain medical histories and clinical follow-up information and conduct a clinical case review, she said, adding, “It is important to note that it is generally not possible to find out from VAERS data if a vaccine caused an adverse event.”

Health officials on the VAERS website caution that a report to the system doesn’t prove a vaccine caused the adverse event, and that no proof that the event was caused by the vaccine is required in order for the system to accept the report. 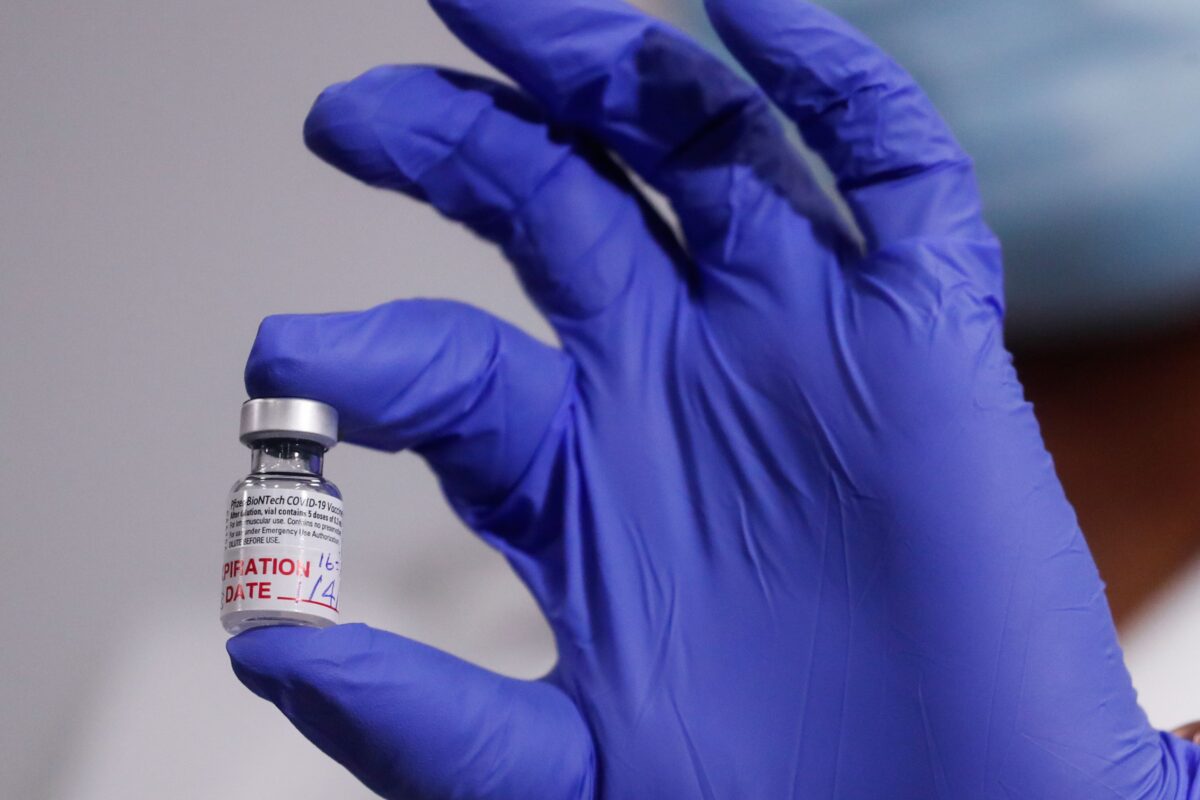 In addition to the deaths, people have reported 96 life-threatening events following COVID-19 vaccinations, as well as 24 permanent disabilities, 225 hospitalizations, and 1,388 emergency room visits.

COVID-19 is the disease caused by the CCP (Chinese Communist Party) virus.

Neither the CDC nor the FDA has a central database of reported adverse events. Nancy Messonnier, director of the CDC’s National Center for Immunization and Respiratory Diseases, said on Jan. 6that severe allergic reactions to COVID-19 vaccines were happening at a rate of 11.1 per million vaccinations, compared to the rate of 1.3 per 1 million flu shots.

As of Jan. 15, 10.5 million Americans have received a COVID-19 vaccine. Federal health officials have said that adverse events are being investigated but that the vaccines are still safe to get.

“These are safe and effective vaccines. We have good data to show that,” Messonnier said.

Michael’s wife Heidi Neckelmann said on Facebook that her husband was “very healthy” before being vaccinated. She said he was admitted to an intensive care unit with a diagnosis of acute idiopathic thrombocytopenic purpura, a blood disorder, caused by a reaction to the vaccine. He eventually passed away.

“He was a pro-vaccine advocate, that is why he got it himself,” Neckelmann wrote. “I believe that people should be aware that side effects can happen, that it is not good for everyone and in this case destroyed a beautiful life, a perfect family, and has affected so many people in the community. Do not let his death be in vain, please save more lives by making this information news.”

Pfizer told news outlets in a statement that no evidence currently shows a link between the death and its vaccine.

“Pfizer and BioNTech are aware of the death of a health care professional 16 days after receiving a first dose of BNT162b2,” Pfizer said in a statement. “It is a highly unusual clinical case of severe thrombocytopenia, a condition that decreases the body’s ability to clot blood and stop internal bleeding.”

“We are actively investigating this case, but we don’t believe at this time that there is any direct connection to the vaccine,” the company added. “There have been no related safety signals identified in our clinical trials, the post-marketing experience thus far, or with the mRNA vaccine platform. To date, millions of people have been vaccinated and we are closely monitoring all adverse events in individuals receiving our vaccine. It is important to note that serious adverse events, including deaths that are unrelated to the vaccine, are unfortunately likely to occur at a similar rate as they would in the general population.”

A Pfizer spokesperson told The Epoch Times via email earlier this month that the company “closely monitor[s] all reports following vaccination.” Moderna hasn’t responded to requests for comment on its involvement in monitoring serious adverse events in people who get its vaccine.

The updated VAERS data came after Norway changed its COVID-19 vaccination guide to direct officials not to give “very frail” people one of the vaccines, citing 13 deaths among people who were vaccinated. 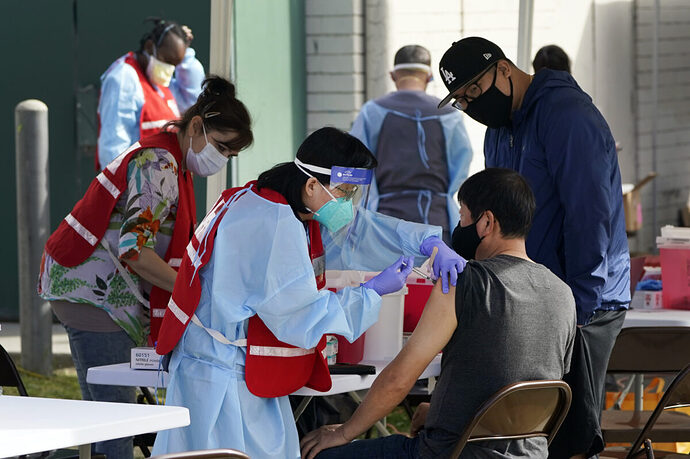 55 People Died in US After Receiving COVID-19 Vaccines: Reporting System

Fifty-five people in the United States have died after receiving a COVID-19 vaccine, according to reports submitted to a federal system.

Seems no one cares

Where is Monte blaming Trump when you need him