500 Scientists Write U.N.: ‘There Is No Climate Emergency

Well this should put a dent in the Climate alarmists here who base most of their emotional outrage on a fake narrative, none of which are scientists themselves, including a 16 year old girl suffering from various mental issues that is being exploited by the weasel Macron and her sick parents to propagate a false pretense.

This is not just one scientist, not ten, not twenty but 500 scientists who all signed onto a declaration that there is not Climate emergency! Perhaps AOC will finally recognize science over emotions? Or maybe she will just STFU and continue looking small when presented with facts. This is the most inconvenient of all of the narratives that destroys the lefts stupid agenda.

Some excerpts from the Article:

## More than 500 scientists and professionals in climate and related fields have sent a “European Climate Declaration” to the Secretary-General of the United Nations asking for a long-overdue, high-level, open debate on climate change.

“Climate science should be less political, while climate policies should be more scientific,” the declaration states. “Scientists should openly address the uncertainties and exaggerations in their predictions of global warming, while politicians should dispassionately count the real benefits as well as the imagined costs of adaptation to global warming, and the real costs as well as the imagined benefits of mitigation.”

“There is no statistical evidence that global warming is intensifying hurricanes, floods, droughts and suchlike natural disasters, or making them more frequent,” they declared. “However, CO2-mitigation measures are as damaging as they are costly. For instance, wind turbines kill birds and bats, and palm-oil plantations destroy the biodiversity of the rainforests.”

“There is no climate emergency. Therefore, there is no cause for panic and alarm,” they note. “We strongly oppose the harmful and unrealistic net-zero CO2 policy proposed for 2050.”

“Therefore, it is cruel as well as imprudent to advocate the squandering of trillions on the basis of results from such immature models,” they propose. “Current climate policies pointlessly, grievously undermine the economic system, putting lives at risk in countries denied access to affordable, continuous electrical power.”

“We urge you to follow a climate policy based on sound science, realistic economics and genuine concern for those harmed by costly but unnecessary attempts at mitigation,” 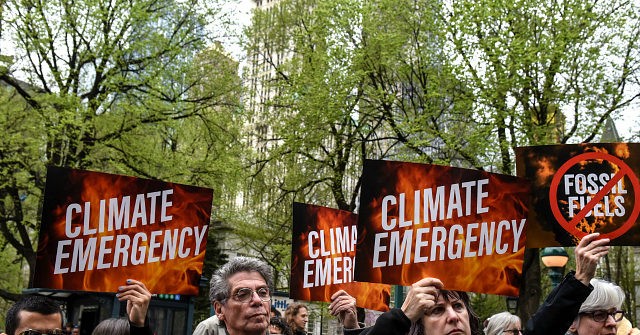 500 Experts Write U.N.: ‘There Is No Climate Emergency’

More than 500 experts have sent a letter to the Secretary-General of U.N. requesting a high-level, open debate on climate change.

There was just a meme post by @Greenwing the other day that said the majority of scientist agree that climate change is a problem. I guess the left will need to abandon yet another meme that isn’t true! They wouldn’t want to be accused of spreading FAKE NEWS, would they?

You should post here just so we can make fun of it!

So 100% of scientists agree that AGW is not a problem for Earth.

There was just a meme post by @Greenwing the other day that said the majority of scientist agree that climate change is a problem. I guess the left will need to abandon yet another meme that isn’t true! They wouldn’t want to be accused of spreading FAKE NEWS, would they?

So, suddenly what scientists say is relevant…

As opposed to people who are not climate experts? According to you leftists logic, it’s apparently clear we need stupid control that is more the emergency than that of a climate one!

Wait, does this mean that there are 16,667 scientists that are going to show up to argue there IS a problem? :))

…only if they are close to budget expiry