A lot of people have made a lot of noise, asking for proof that the election was fraudulent. Aside from today’s filling that alleges a TON of fraud in Georgia, I’ve heard other anomalies such as 570K votes in Pennsylvania to 3200 votes for Trump added in less than 2 hours, a statistical impossibility and many other such examples.

I’m supposed to believe that Biden, the guy that couldn’t get people to come to his rallies got people SO excited that he saw a 21.47% increase in Democrat votes over Hillary? I have little trouble believing that the Trump vote turnout increase (17.22%) seems high, though it matches the excitement Obama generated, though slightly lower. (17.74%) 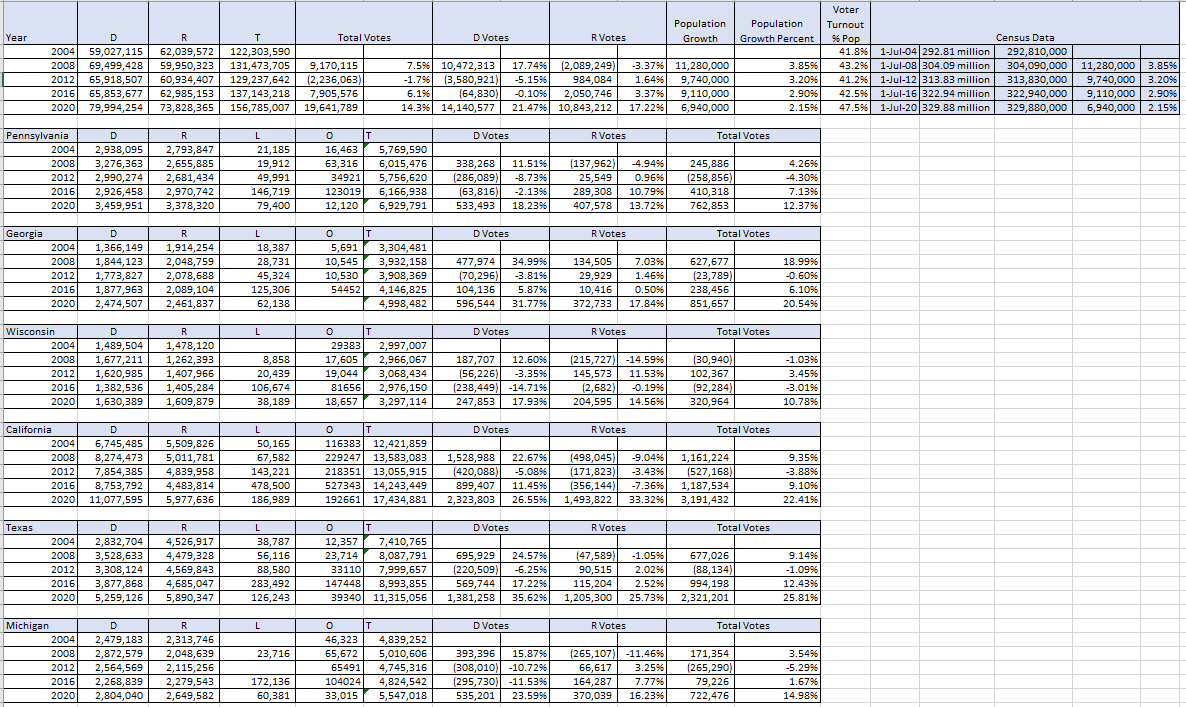 The other problem is the same day voter registration nonsense. It so easily manipulated in certain states. The reason why I say that is because same day voter registration shouldn’t be allowed, and it would be much easy to verify vote totals to the number of registered voters. At the end of the day, the statistics don’t match up with the signatures of Registered voters to the number allegedly counted. Places like Michigan, PA, and WI this is pretty obvious, and Democrats this time have a very big problem. Not like before where Romney won in 2018 by the same cheating methods and none dared questioned it, they got caught flat footed when they realized the vote totals to compensate was in the Hundreds of Thousands that raised serious red flags. The People have to see it in order to believe it and that is exactly what the strategy is in order to expose the deep dark state.

Close friends of mine who live in Utah insist that there is no way Romney won his senate seat without cheating. Romney is part of the Big Club and this voting fraud issue affects both parties and by exposing this on such a scale also reveals the RINOS duplicitous nature. Imagine the 2018 mid-term elections without ballot harvesting and fraudulent voting machines then you begin to realize its quite possible that Republicans would be in control of both houses today as we speak. One name that comes up a lot in this narrative is Paul Ryan. Its people like him that need a noose hanging from a tree for being a traitor not only to his party but to his country as well. So tired of turn coat Republicans like Ryan, and Romney! IMO, they are part of the deep state and need to pay!